The Cities with the Highest Incomes 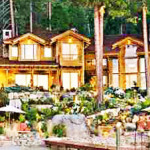 If you have ever visited Lake Tahoe then you know how incredibly beautiful it is. One area of Lake Tahoe on the east shore is called Glenbrook on the Nevada side. If you enjoy skiing, camping, hiking, boating, a private golf course, or just sitting out on your deck with a glass of wine overlooking the lake, then this is the place to be. Truly one of the best vacation spots in the country. Glenbrook came in #10 with the average household income of just over $620,000 and the average home prices just over $2,000,000

Another rather wealthy neighborhood is Gladwyne located in Montgomery County and has been well known as one of the more prosperous areas for many years. The area has a mixture of farms, housing, and a small town. There are several private country clubs available for golf, Cricket, or a game of tennis. The average household income is just under $630,000 a year with the average price of homes around $720,000.

San Francisco, founded in 1776, falls into the #8 spot of cities with the highest incomes. San Francisco is one of the largest cities on the West Coast and offers a plethora of activities and dining experiences. There are several neighborhoods where the higher income resides with the average income is over $630,000 per year and the average home costs are above $880,000.

Century City, with only 176-acre, is on the Westside of Los Angeles. The land was actually used by 20th Century Fox in the making of many films. Fox still has a studio within the city limits. Century City residents consist of mostly older-aged high-income homeowners with the average yearly income of over $650,000 and the average home costs of $800,000. 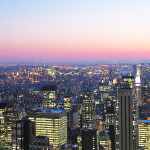 It is no surprise that New York would fall within the top 10 spots of highest incomes. With Wall Street right around the corner and a resurgence of new residential buildings being built due to the demand by the high paying jobs that New York offers. The average New York Salary per year in select neighborhoods is over $650,000 per year and the average housing cost is over $1,000,000.

Mill Neck, NY is a tiny village on the North Shore of Long Island and an ideal place to live if you’re looking for an undisturbed woodland or waterfront property. Mill Neck has been home to New York’s wealthiest families such as the Rockefeller and the Vanderbilt families. It has been well known as one of the most expensive neighborhoods in the country. The average yearly income is just over $660,000 and the average home can cost you just under $3,000,000.

Just North of New York City is the town of Purchase well known as great place to live. It is also where some of the largest companies in the country do their business, which helps bring wealth to the community. There are many recreational activities perfect for the students who attend the State University. The average income of those who reside in Purchase is over $675,000 per year and you can find a home for around $1,000,000.

The #3 spot goes to New Vernon, New Jersey which has some of the oldest estates around. It has been said that some of the estates are on the nation registry because they are so old. The average income of the residence of New Vernon is just over $670,000 per year with the homes costing on average over 2,500,000. 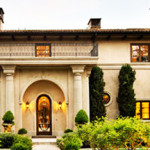 Atherton is one of the wealthiest communities on the west coast. It is a beautiful place to live and it is smack in the middle of Tech country with giant companies like Facebook, Google, and Oracle only minutes away. The folks who live in Atherton average over $1,000,000 yearly incomes and homes on average can sell for well over $3,000,000. 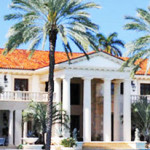 Finally the #1 highest paid homeowners in the United State live on an exclusive little island called Fisher Island. The only way to get home is by boat where fewer than 200 reside. The average income of those who live on Fisher Island is well over $1,000,000 per year with the homes costing just over a couple of million.

'I met Ellen Ashley last year when I was selling my home in Woodside. I instantly liked her and decided to have her help me look for a home in the San Mateo Park area. She was wonderful to work with, understood my needs and what I was looking for. She found a perfect home for me. She is very professional, knowledgeable and was always there to answer any question I might have. I loved working with her!'

'We just wanted you to know how much we appreciated your handling the sale of our home. It's a can-do attitude that makes all the difference and you poured your energy and enthusiasm into this effort. Your marketing plan, professionalism, solid negotiation skills, and just plain good advice all contributed to the successful sale of our property. We were delighted to have the chance to get to know you. Thanks again for your great work.'

'Thank you so much for all of the extra effort you put in to getting us settled in our first home. We couldn't be happier! We appreciate all the ways you went above and beyond for us - thank you!'

'We have recently discovered that the business of selling a house is not a simple one. Detaching yourself from it emotionally is actually easier than navigating your way through the myriad of details that need to be addressed. My wife and I would like to convey our most sincere thanks to you for all of your guidance and professionalism. Your continued focus and marketing made all the difference.'

'As a young family, having Ellen's resources and experience behind us was an invaluable benefit. The process of purchasing a home is confusing and frustrating at times, at every turn Ellen assisted and gave us the certainty that we were making the right choices for our family. It's fair to say we really couldn't have done it without her.'

'Thank you for making the sale of our home so easy and so pleasant. We appreciate everything you did for us from staging to strong negotiations, all of which resulted in a sale in 5 days well over our asking price . Again, thank you for managing the many details and also for our lasting friendship.'

'We recently sold our home in Menlo Park after living there for 16 years. Ellen was amazing every step of the way. She helped us get our house ready to sell, bringing in a phenomenal designer who recommended upgrades and staging to ensure our house would appeal to current tastes. Because we had already moved out of the area, she oversaw day-to-day management of the entire process. She then priced and marketed the home to attract buyers, but also to give us some headroom for competitive bidding. Not only were we thrilled at the outcome, working with Ellen was a lot of fun. I can’t recommend her highly enough.''

'We worked with Ellen to purchase our home in Woodside and sell our home in Menlo Park. She is one of the best agents with whom we have ever had the pleasure of working. For buyers, she is creative and points out issues and opportunities. She is effective in negotiations, has a valuable network of professionals to get things done, and was there for us after the sale. For sellers, she is strategic, knows the market well, and was able to position our home well and attract highly motivated buyers. Ellen manages the entire transaction to ensure everything goes smoothly, and she is fun and easy to work with. We highly recommend Ellen Ashley for all of your real estate needs.'

We gave Ellen a nearly-impossible task: find the dream house for two very picky buyers — and she did! She did a great job screening out houses that didn’t meet our criteria and cheerfully showed us only the best candidates. When Ellen found our dream house, we’d unfortunately scheduled a vacation right at the same time. We made an offer and took off, but Ellen smoothed out all the potential issues and handled everything while we were traveling. Everything worked out perfectly! When selling our previous house, Ellen connected us with landscapers and a stager that made the house look amazing. It sold in less then a week for over the asking price. Needless to say, we were thrilled and would happily recommend Ellen to anyone buying or selling a house in the area.